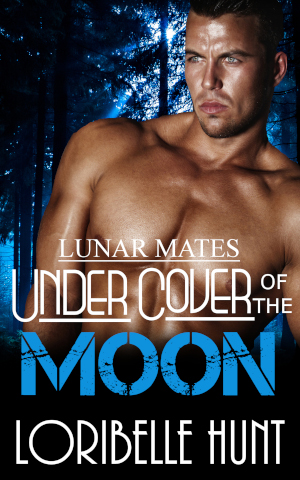 Darius Stewart has been banished and offered the leadership of a new pack. With the pack to settle and a rogue wolf terrorizing the local population, threatening to expose their species, the last thing he needs is a mate further complicating his life.

That’s just fine with Meg O’Reilly. A witch, she knows something is not right in her town. Discovering there are good werewolves, bad werewolves, and the possessive, bossy, sexy alpha wolf trying to take over her life is not exactly welcome. Too bad she can’t seem to keep her distance.

This book was originally published in 2006. It has been revised and expanded.

She was his. And it was not something he was entirely comfortable with. He hadn’t thought he was in the market for a mate. The last month had been hell. Biology was a bitch.

He had located his pack in this small town on the boundary of a state park in southern Alabama, just as he had been ordered. The council, through Gage, had offered three other locations that had once been pack land. This was the best place for the men who’d chosen to follow him. It was an excellent location–a successful small town on the edge of wilderness–and was already starting to feel like home. Everyone had already found work and there was room to run. A man could stretch his legs here. So could a wolf.

One month of banishment had eased his anger at Jackson, and his old friend was now in charge of the home pack. It had come close to open conflict before the council had stepped in to banish Darius. He hadn’t realized how bad it was until the decision had been made and he should have. Part of what made him a good leader was his ability to judge the people around him.

They were a small group. Werewolves hated change more than almost everything else, but ten males, six of them mated, had decided to make the move and form a new pack. He had one year to settle in and be officially recognized. One year to prove his capabilities before someone tried to wrest his pack from him. If that happened it would be an outsider, but he wasn’t concerned about it.

All those praying for his failure, and he had no doubt there were many, were in for a disappointment. If the council did not approve his leadership at the completion of the year, any male could try to take it, but that wasn’t going to happen. He wouldn’t let it. He had eleven months left.

A mate would strengthen his position as alpha. He grimaced. Weres of all breeds looked forward to finding their mates, to settling down to monogamy and having kids. What was he doing? Worrying about securing his power. It beat the alternative–figuring out how to claim the woman he wanted. He knew trouble when he saw it, and she was it. With a capital T. Stubborn. Sexy. Independent. Smart as a whip. And did he mention stubborn?

Meg O’Reilly was the owner and proprietor of O’Reilly’s Bar and Grill. He dragged a deep breath of air into his lungs, trying to resurrect the memory of her scent, sweet and spicy, and meant for him alone. Her skin was pale and clear, and he knew it would be smooth beneath his fingers. She was beautiful, small and curvy, with flowing chestnut brown hair, and he couldn’t wait to discover how she tasted. It was time for her to stop running.

He had walked into O’Reilly’s for the first time four weeks ago. She was the first person he saw when he pulled open the heavy wood door and crossed the threshold. Standing behind the long bar on a sidewall, she was laughing and flirting with a customer while pouring a beer from the tap. Her hair was knotted on top of her head, tendrils hanging around her face, the elegant line of her neck exposed. A wall of unfamiliar emotions–jealousy, lust, possessiveness, and many he didn’t dare try to name–hit him. It was unsettling, and she stiffened as if sensing his uneasy entrance.

Afraid she’d bolt, he approached her with the good-natured newcomer façade he’d worn that first week. Her eyes were brown, the first thing he noticed on close inspection. What should have been warm chocolate gave him a frigid reception. With cool politeness, she returned his introduction and welcomed him to town.

He was more accustomed to women throwing themselves at him than making a point of ignoring him. She should feel the same emotions he did, raging lust at the very least. Then he noticed the frantic pulse beating in her neck and caught the faint whiff of her fear. He was amazed she had such control over her responses and realized with satisfaction she was not as unaffected by him as she wanted him to believe. Later he heard the rumors that she was a witch and wondered how much that had to do with it.

But she was skittish. It was okay. He had time. Or he had had time. He’d thought between charm and lust he would overcome her wariness in a matter of days, but except for a few stilted conversations, she’d avoided him since their first meeting. She’d put him off for three weeks, and the full moon was coming. With any other woman it wouldn’t matter. No other woman brought out the proprietary nature of the wolf in him, the animal instinct to claim his mate. For the first time in his life, he doubted his ability to control it. Her damned stubbornness put her in danger.

Tonight he would end it. Tonight he would stalk her as he would any other prey. And God help her if she put him off again. He was too tempted to spank her mouth-watering ass as it was. For the first time in days, he smiled. That was a plan with merit.