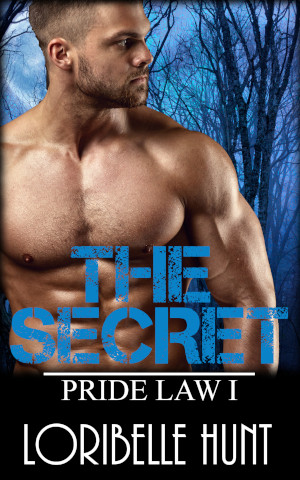 Werelion Carlos Rivera, werewolf Declan Roberts, and human hunter Sunny Nolan are behind enemy lines in south Florida hunting a werewolf who may or may not be rogue and Sunny’s missing twin sister, Jaz. The straightforward mission gets complicated when both men claim Sunny, and each other.

All Sunny wants is to rescue her sister, get to know her mates better, and escape the Society unscathed to return to a simpler life. But simple is not in the cards because Sunny and Jaz share a secret that will keep a target on their backs for the rest of their lives. 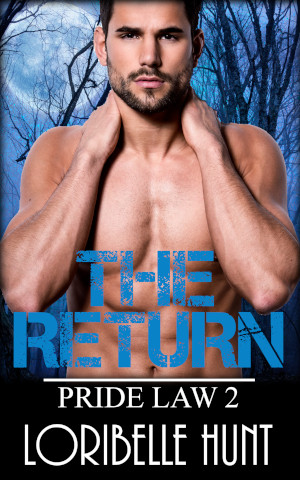 Sunny breathed a sigh of relief when they finally reached the safe house in southern Florida. For more reasons than one. It was the only house on the street not decked out for Christmas, which was just not fine with her. She hadn’t celebrated it since she was sixteen, had never seen the point, since she was always alone. It looked like this year would be different though. Unfortunately. If anyone insisted on decorating― She cut the thought off. It felt a little too Scrooge-like, even for her. Things were bad enough without borrowing resentment and loneliness. What the hell had possessed her to get in the car with Carlos, anyway? The feline oozed sex appeal. It wasn’t like she didn’t have an open invitation from Declan anytime she wanted to take it up. Asa too for that matter. She’d been tempted more often than she dared to admit. So tempted she was itching to take them up on it. She’d thought Carlos might make a good distraction on the drive down. Not.

She was in worse shape now.

She was a victim of her breeding and her secrets. Well, her breeding, or more to the point, her DNA, was her secret. Tradition said females were never shifters. Apparently, tradition had nothing on evolution. Once the stories and legends had probably been true, but like everything in nature, shape-shifters were evolving. She only knew of one other female shifter, but they couldn’t be the only ones, and she was desperate to find her. Her twin sister. It was why she kept making these foolish trips to Florida with Carlos, Asa, and Declan.

She had vague memories of werelions from her childhood. Like them, her cat craved touch and companionship and was all about making it a group event. The woman was distrustful, though. What kind of danger would she be in if she fell under the control of anyone who discovered what she was? Would she be allowed freedom? Would she be allowed to make her own choices? She just didn’t know who to trust, and she’d kept the secret so long, it was ingrained in her to walk her own way. Yet the cat fought her for control. It liked these men. It trusted them. Maybe that was why she was so reluctant to hop into bed with either of them. She was pretty sure it would be the best sex of her life, but she needed time to think it over. Time to decide what she should do. Try it out or run far far away?

She didn’t wait for any of them before jumping out of the car and walking up the front step. The house was one of many her boss, Julian, owned for his people to use while on a hunt. She had the key and twisted it in the lock, pushed the door open. Carlos grabbed her before she could step over the threshold.

The hold triggered an instinctive reaction. Fear. Anger. Fight. He caught her elbow before she could shove it into his stomach.

“Whoa, baby,” he whispered against her ear. “I know you’re keyed up, but you know better than to just walk in without making sure the place is clear.”

That damned voice of his. Sinful. Sexy. And in this case, right. She hadn’t used any caution. Hadn’t drawn her weapon. Hadn’t done an outside sweep of the property. She’d just wanted some distance from the men making her crazy with desire. Finally her mind and body fell back under her control, and she stilled.

“Let me go,” she ordered softly to keep her voice from carrying in the quiet predawn morning.

She set her hand on the butt of her pistol and felt his reluctance to set her free. Once he did, she drew the weapon and they entered together, quickly moving through the house to ensure no unwanted guests had taken up residence. Her heart stuttered when she checked the only bedroom. It was nearly filled with a giant, king-size bed. The only one in the house.

She backed out quickly, before her unruly body could get any ideas. Carlos, Asa, and Declan were waiting for her in the living room. One of them handed her a beer, and she sat in the only chair, leaving them to the couch, though none took it. The room was tense and silent. The men seemed to put as much distance between themselves as possible. They all looked a little stiff, like they were hopped up on adrenaline and preparing to jump into battle. She rolled her eyes. If she wasn’t sure she’d tear him to bits, she might wish for a nice, calm, biddable beta male. Instead of opening her mouth and inviting disaster, she sipped the beer.

“Should we toss a coin for the bed?” she asked, weary, on edge, ready to get some sleep. Sick of fighting the heat in her body. Why the hell hadn’t Julian warned her about the sleeping arrangements? Or was he still in matchmaking mode? He’d been incredibly pleased with himself since Gia and Anthony got mated.

“That’s not quite what I had in mind.”

Carlos’s deep, carnal voice could drive a woman to insanity. She wondered if he was half as good as he thought he was, but she didn’t get the chance to think about it long. Declan and Asa both bristled at the werelion’s words, at the intent clear in them. Hoping to steer everyone away from trouble, she stood and tried to move between them and Carlos. The lion gave her a low snarl and pushed her behind him, snapping don’t when she tried to move around him.

The situation could go from dangerous to deadly in a matter of seconds, but at this point she was more irritated than afraid. She pounded a fist on Carlos’s back, realizing when he purred he might find it an invitation, not a protest.

“What the hell are you doing? We’re all allies here, remember?”

The werewolves and humans had been working together for weeks—sometimes it felt like eternity—and the werelions were a recent and not entirely trusted addition. New or not, trusted or not, she wasn’t about to let anyone start a feud.

“Let her come out where we can see her.”

Carlos shook his head. “Not until you give me your word you won’t interfere.”

She wasn’t sure who the bitter laugh belonged to. Maybe Declan. “Cat, we promised Julian she’d be safe with us.”

Her palms were pressed to Carlos’s back, and she felt him stiffen at the insult, the implication he’d do anything to harm her. She tried to intervene. “He wouldn’t―”

He twisted a little to look down at her. “Shh, kitten. Let me handle this.”

She narrowed her eyes. First she was baby, and now kitten? Did he think she was a child who needed taking care of? He faced the wolves before she could ask.

“There are some things that can’t be interfered with. Y’all know that.”

Oh no. No way. She didn’t know as much as she should about the werelions. She’d been only six when her father had taken them away, but if they were anything like the wolves, anything like her hazy recollections, there was no way in hell she’d mate with one of them. She just wanted to sleep with him. Was that too much to ask? Sick of being ignored and talked around, she slid her hands under his shirt and scratched to get his attention. Unfortunately, it wasn’t quite what she’d been aiming for.

He purred again, and she yanked her hands back, knowing she’d awakened that sleeping hunger she’d so often glimpsed in his eyes. Ignoring the wolves, he spun around to face her. “Don’t stop now, kitten.”