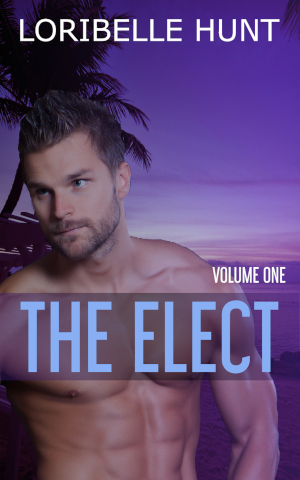 They’re the next step in evolution, and they’re hiding in plain sight. Their senses are sharper, finely honed. Stronger. Smarter. Faster. Nature has created the perfect predator.

Welcome to the top of the food chain.

The Elect Volume One contains Protector, Guardian, and Warrior.

Braxton Lee is the protector of the Elect and it’s a job he takes seriously. As president of the committee that governs the Elect he overseas everything from finance to security to keeping their existence hidden. He’s driven and ruthless. The Elect will not be exposed on his watch.

Unfortunately his research chief, Zach Littman, is contacted by a former colleague who’s run a DNA analysis of a blood sample and gotten weird results. The blood isn’t human and Dr. Esme Durand is smart enough to know it. Brax will do whatever it takes to keep her silent. Until he meets her.

Because Esme has a secret. She’s one of them, and Brax wants nothing more but to bring her into the fold and under his protection. GUARDIAN

Zach Littman has made one major screw up in his life. He let his wife go. He’d give anything to reverse that blunder, but as long as she stays away he’s willing to leave her be.

Now, with the Elect under attack, Mallory volunteers for a dangerous mission to gather information they desperately need. She’s back in Zach’s territory and he has every intention of making up his past mistakes. If he can keep her alive.

Jamie Wade spent months in a madman’s captivity. She’s stunned to wake and find herself liberated, but it’s clear that if Carter has anything to say about it she will never be free.