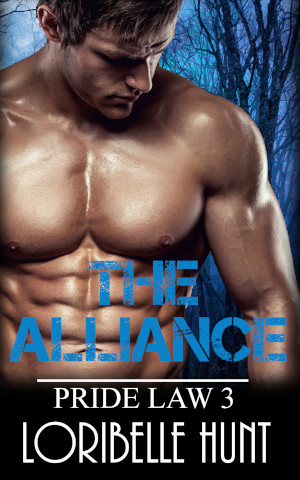 Morgan peered through the blinds, studying movement on the street below. A lion in human form strolled down the sidewalk. She’d been watching them for days, the werelion pride kings who’d gathered in Charleston. She’d managed to accidentally meet most of them. It wasn’t difficult. Even werelions developed predictable routines. There was only one left. Isaac Rivera. Her stomach knotted with nerves as she prepared to leave her brother.

“Are you okay?” Nathaniel asked.

Hell no, but she didn’t tell him that. At nineteen, Nathaniel was the youngest pride king in North America. He had enough burdens. In fact the whole purpose of this trip was to feel out the other kings, find out if any would make strong allies.

“I’m fine. I’ll just be glad to get home.” She worked to put a note of assurance in her voice.

He nodded. “A few more days. I can’t cancel any of these meetings, and I’d prefer you and Beth stay close.”

He couldn’t cancel because it could be seen as a sign of weakness, and Charleston, neutral territory, was the safest place for his younger sisters at the moment. It didn’t hurt that no one knew who they were. Fortunately Beth was too young to draw attention, and no one knew Morgan. Anonymity had its perks.

“Isaac Rivera is the last on my list,” Morgan said. “He’s nine years older than you. Still young to be a pride king, so I don’t know how beneficial an alliance with him would be.”

“I’ll be back before you leave,” she said, and leaned in to kiss his cheek. “I ordered breakfast from room service. It should be here soon.”

“Be careful,” he called after her.

It was just a short walk to her destination, and she forced herself to slow her pace. It had to be timed perfectly right. He jogged every morning, his routine set and predictable. She came to a cross street and rounded the corner at exactly the right moment for a collision with Isaac Rivera. Strong arms banded around her waist, preventing her fall, a great excuse for why her heart was suddenly racing so fast. It didn’t have anything to do with the tall, strong werelion holding her so close. Probably.

He set her back gently and looked her over with vivid green eyes.

“I’m fine,” she said breathlessly. Did he have to be so damned hot?

“You should sit down for a few minutes. Have some water at least.”

Before she could protest, he took her elbow and led her back the way she’d come, to the bed-and-breakfast she knew he and his second in command, Davis, were staying at. Several tables spread across the deep wraparound porches, and she could see Davis had already claimed one. Isaac led her right to him. The other lion stood as she and Isaac stopped at the table.

“I’m Isaac Rivera,” he said, pulling a chair out for her. “And this is Davis Johnson.”

It wasn’t her real name but they didn’t need to know that. Not yet. Maybe not ever.

She gaped, at a complete loss for words. Even her brother knew better than to use that domineering tone on a stranger. He turned to his friend.

“I nearly ran her over. Talk her into staying for breakfast while I clean up.”

Then he disappeared into the building. Davis smiled at her, sexy and charming, and gestured to the chair.

She sincerely doubted that, but she’d gone through too much effort to meet them to walk away now. She forced a smile and hoped like hell it looked natural.

“I did skip breakfast,” she said lightly, and took a seat.

The waitress arrived before Morgan could strike up a conversation so she looked over the menu while Davis ordered for himself and Isaac. By the time she decided to get pancakes, Isaac had rejoined them. The look he gave her when he took his seat left her feeling naked. Exposed. She shivered and practiced the exercises her mother had taught her before she’d died. How to control her breathing and repress her emotions, two things werelions were particularly attuned to. But she got the feeling Isaac never missed anything.

“Are you on vacation? Or do you live here?” he asked, much too casually.

“I’m visiting my grandparents. They live a couple blocks over.” It was a well-practiced lie and flowed easily off her lips.

“And where’s home?” Davis asked, before sipping at his coffee, a picture of innocence. She wasn’t buying it for a minute.

“Jackson. Mississippi.” Another easy lie, thank God. She’d spent enough time there over the last few years that it could be home. “What about y’all?” she asked, though she already knew.

“Savannah,” Isaac answered, and waited. Expectation brightened his eyes, but she wasn’t sure why. Did he expect her to be familiar with the city? To be curious about it? She wasn’t sure how to respond to a statement that almost seemed a question. Was it possible he knew who she was?

“I’ve never been there,” she finally said. She’d been born and raised in the Central Florida Pride, and even though she wasn’t a werelion, she couldn’t enter another pride’s city without clearing it with their king first. Their food arrived and everyone fell silent for a few minutes to eat.

“You should visit,” Isaac drawled. “It’s a beautiful city.”

She almost choked on a bite of pancakes when she met his eyes. Sexy and alluring, full of anticipation and promise. Her body responded even as her mind shied away. He was dangerous. Too dangerous a cat for her to tangle with.

“How old are you, Morgan?” Davis asked, giving his friend a harsh glare.

She almost laughed at the unasked question. Are you jailbait? Not technically, but she doubted she’d ever be old enough for these two.

“Eighteen,” she answered honestly. Her phone beeped a prearranged signal. Thank Gawd. Breathing a sigh of relief, she stood. So did they.

“Have dinner with us,” Isaac said, but it was more an order.

She shook her head. “I think that would be a bad idea.”

“Think about it. We’ll be here at eight.”

She was amazed he didn’t argue. The look in his eyes, hot and possessive, gentled as he lifted his hand to stroke her cheek.

“Don’t run, Morgan,” he whispered, and she knew she wasn’t imagining the feeling of being prey.

She wasn’t misinterpreting the intent she saw in his gaze. Her stomach clenched and he stepped back. She’d been around enough lions in her life to know he scented her sudden fear. His expression shut down and he held himself stiff, still, as she slowly backed away. It was dangerous to retreat from such a strong predator, but she couldn’t help the instinct. She turned and hurried away. If she was smart she’d run as fast as she could, but she knew she’d be back. It was a horrible idea, a compulsion she couldn’t resist, though she damned well should have. She was here to protect her family. Not be claimed by two mates.