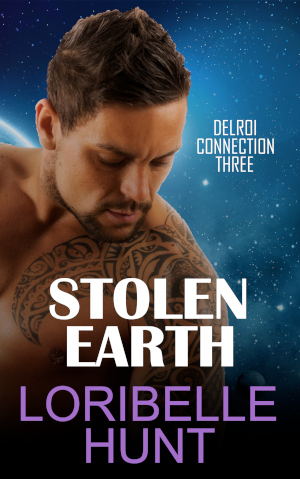 Britt Anderson is retired. Secretive and fiercely independent, she journeys to Delroi to spend time with her two oldest friends. She doesn’t expect to be dragged back into the spy business when she gets there, but the lure is impossible to fight for a not so reformed adrenalin junkie. Danger and conspiracy. What’s not to love?

The rush of adventure comes with a price however, the darkly compelling Barak Trace. She can’t deny the attraction, but she has enough sense to steer clear of the possessive glint in his gaze. Until he somehow manages to merge his psychic abilities with hers, when he’s captured by rebel forces. She has no choice but to go after him.

The question is will she be able to free herself once he’s rescued? And will she even want to? 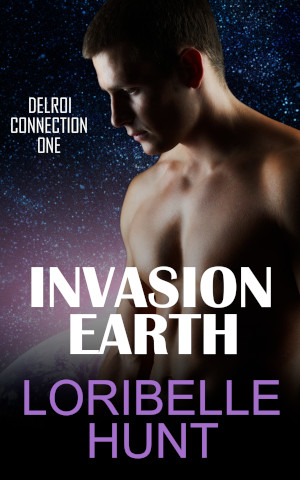 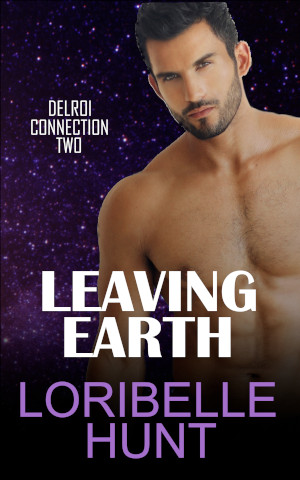 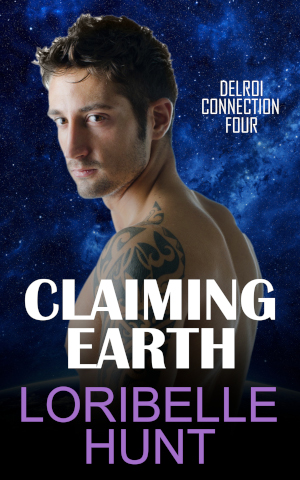 She’d vacillated between fury and abject terror so much over the past few days she didn’t know if she was coming or going anymore. It wasn’t fear of being injured or killed herself that worried her. She’d been in worse tight spots. No. It was the loss of half of her soul that terrified her. Damn Barak. When she got her hands on him she might kill him herself for putting her in this position.

Britt Anderson stood back in the shadows of an alley, in the massive southern city on Delroi that was the seat of the rebels’ power. It was called Saber City, named after the ruling Saber clan. She watched and waited for a signal from Jaxon and his men. The Overchief’s men. And while her old friend Kendall may have mated with the Delroi leader, Britt only trusted them because they worked for Barak, the Delroi Spymaster who’d somehow tied his soul to hers moments before being taken prisoner by these southern rebels. She had no idea who’d taken him or why, but she’d been looking for him for weeks.

The darkness in front of her shifted the slightest fraction, the barest inch, and her eyes narrowed. Focused. Picked apart the shadows. Not something a regular person–a non-combatant–would have noticed, could have done. She pressed her lips together and bit hard, reminding herself. She’d never been one of them. Never been a civilian. Never been a normal functioning part of the masses.

She sensed the spy moving up to her before she saw him. Didn’t tense and give herself away as he approached. Barely managed to not flinch. She gritted her teeth. Where was all her fabled cold, self-control now?

“The informant says he’s in there,” Jaxon whispered, nodding once towards the building across the street and two doors down. “We have someone inside but you won’t have a lot of time. Get in and get out. You have twenty minutes to get to the rendezvous point.”

She nodded. “Got it,” she replied so softly her words were a whisper of air, the barest current.

She hoped like hell she did. The place was a warren. The streets and lanes and alleys were narrow twisting paths, the five and six story buildings so close they blotted out the sky. It was almost like being back on Earth where she’d done a brief stint in the Moroccan Kasbah, which was not reassuring because she’d never figured it out either.

Jaxon moved closer to her, close enough to brush up against her side, and even though she knew he wasn’t interested in her at all, it made her skin crawl. It made her nervous and shifty and want to lash out. She ground her teeth together. This was not like her. This was Barak not wanting anyone near her. This was her letting him affect her even though he’d gone quiet. She almost growled, but repressed the urge as Jaxon began whispering instructions in her ear. It could wait–her anger and frustration–until they were sure Barak was free and safe. Then she would make him pay for all her discomfort.

She crossed the street and rapped lightly on the door three times, paused, then rapped twice more in the prearranged signal. The door was opened by a short, cowled person, but she’d learned in the last few weeks that didn’t mean anything. Everyone wore robes in the southern hemisphere on Delroi. Everyone wore hoods. It certainly aided in hiding one’s identity, but the main reason was to protect from the unrelenting wind, from the sand that was a constantly moving force against sensitive skin.

“Quickly,” the covered person-a man?-said. He led her to a door at the end of a hall. “He’s in the third room.” A woman. The timbre was definitely a woman’s voice. She pressed something into Britt’s hand. “The key. Downstairs. Third door and then follow the tunnel out.”

She didn’t give Britt a chance to respond, instead pushed her through the door and shut it firmly behind her. She stumbled on the steps but quickly found her footing. It was dark but there was enough dim lighting to guide her way. Her hands shook as she found the third door and inserted the key in the lock. Twisted.

She held the battery powered torch up and flicked the switch. Squinted as light suddenly flooded the area. It took a moment for her eyes to adjust, seconds she didn’t have, but she was already moving forward. Barak was restrained in the middle of an empty room. Legs tied to the bottom of a chair and arms pulled behind his back. She moved quickly. Cut the ropes at his ankles and wrists fast.

“Barak,” she whispered harshly when he didn’t move. “Wake up.”

One moment he was out like a light and she was afraid she was too late. The next he was in motion. Standing. Propelling himself and her under him, to the wall. He moved so fast. Lips peeled back in a snarl, gaze wild. Like a creature out of nightmare. She stared him in the eyes. Saw madness there and willed him to come back to her. He held her hands over her head and she struggled against him, but it was a useless fight. He was bigger, faster, stronger.

Her only recourse was mental communication. But it made the bond between them stronger so she hated to resort to telepathy. Which was stupid, really, considering how pissed and worried she’d been when he cut his mind off from hers. She almost reconsidered and pulled back, but she couldn’t stand to leave him this half-mad creature.

“Barak. Barak! Come back to me.” Something flashed in his eyes. Knowledge. Civilization. “Please, baby. Please.”

He pressed her against the wall, his growing erection insistent against her pelvis and she shuddered in response. Wished it was for her and not just a natural response to adrenaline and survival instinct. This was a man strong enough to take her. Strong enough to claim her. If he remained sane after his weeks of captivity. It had probably taken her too long to find him to hope for that.

“We have to go,” he whispered harshly, and grabbed her hand, tugging her out of the room.

In the hall he tried to turn to the right, the way she’d come, but she dug in her heels and pulled him the other way. “No. This way.”

She found the other route and they climbed the steep exit, entering the new street just as an explosion rocked the area. “Shit!” she uttered angrily, shielding her eyes from the distant explosion she was certain was their transport back to the Overchief’s home. “Now what?”

Barak was in bad shape, battered, bruised, and bloody, but he straightened and looked around. He jerked his head towards the alley. “That way.”

She wanted to argue but he let her in his mind. The relief, after weeks when he’d been blocking the connection, was so great she almost passed out. He caught her, fed her strength he couldn’t afford to lose. “We have to move, honey,” he whispered.

“I know.” Pissed at the connection between them, the way he made her feel weak in the knees, weak in spirit, she shoved his hands away and followed him through the alley, refusing to give into the need to put her shoulder under his. To help him. He was in bad shape. She knew it and he knew it and both were too proud to admit it.

“Where are we going?”

He turned to her, slowed a bit and cocked an eyebrow. “Home, of course. Where else do you go when you’re on your own?”

His words were like a barb to the chest and that pissed her off even more. She’d never had a home and he didn’t trust her. Why should that matter? She didn’t trust him either. But she’d come this far for a mental bond he’d forced on her. “That isn’t good enough,” she snarled.

His hand snaked out fast to grab her wrist, much faster than a badly injured, maybe mortally injured man should be able to manage. “It’s enough for now. Don’t fight me, Britt. We need to rest and regroup. Both of us.”

He was pushing at her mind, trying to find entrance, and it took her awhile to realize he was also pushing at her shields, encouraging her to relax her guard. She ground her molars together as she followed him through the streets. Sleeping, she couldn’t fight him off. Couldn’t keep him from her mind. But awake? Awake she was in charge. Her nerve endings sizzled at the thought and she glared at his back, knowing he’d read it and responded as if she were challenging him. A challenge her body wanted to answer in direct opposition to her mind. She kept her groan to herself. She was so screwed.