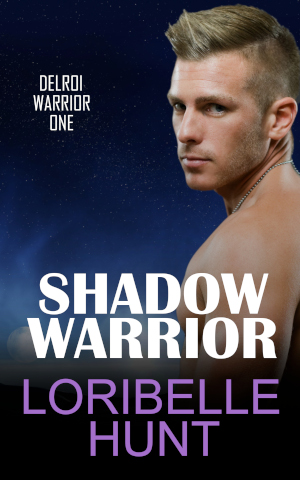 Kayna Idis has a serious problem. She’s in love with the wrong man.

Razor Deriq is everything she always wanted. Strong and steadfast. Sexy and fun. Then Sergei enters her life and he’s just as compelling in his own way. He’s dark and mysterious, hard and unflinching. She can’t help but wonder if she can have them both.

When Sergei Trace, half Delroi-half Earthling, arrived on his father’s home planet, he expected some culture shock. He’s used to living in the shadows, on the fringes of life. On Delroi, he’s thrust into the light.

Every culture has its secrets, some surprising and some horrifying, and Delroi is no different.

Razor is determined to keep them both, but first he needs to find and eliminate the warriors threatening Kayna. Pairing up with Sergei for the task gives him the perfect opportunity for seduction, but will Sergei ever lower his shields enough to let him and Kayna in? 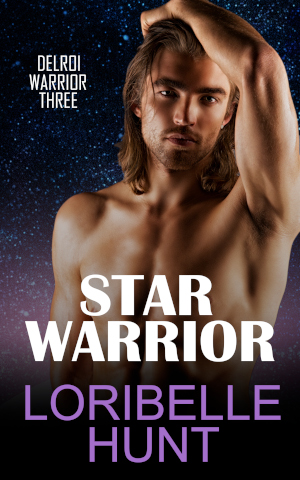 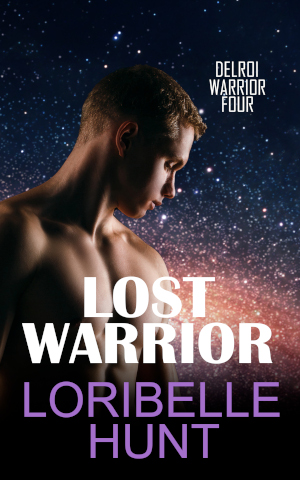 Tallus gave her the are you really questioning me look Kayna had seen from healers too many times to count. Like how dare she suggest he’d made a mistake with such a simple test? He had a point. She’d been pretty sure of the result when she’d asked for this appointment, which was why she’d sworn him to secrecy first. The last thing she needed was her brothers getting wind that she was pregnant before she was ready to tell them. There was no telling how they’d react, but she expected yelling on all fronts. Probably threats of dismemberment against the warrior who’d dared touch her, too. Which would be a damned shame. She was very fond of that particular member.

This was beyond ridiculous. She was a grown woman, a senior priestess, and a more than willing participant in the activities of a particular night a couple of months ago. Not that they’d ever recognize that. They didn’t like to see her as just as adult as they were, and this situation was going to prove difficult for everyone involved. Because this baby was not her mate’s. Tallus was still giving her the look.

“That’s not the reaction this result usually garners. What’s wrong? I won’t tell anyone,” he added when she didn’t immediately answer.

She sighed. Her situation happened but it wasn’t exactly the norm.

“That’s because I’m about two months along, but I just met my der’lan a few days ago.”

She made a bitter sound. “He doesn’t know. He doesn’t want a mate. He made that very clear.”

Tallus stared at her. She understood his shock. He assumed her mate was a warrior, but though Sergei Trace had Delroi DNA, he obviously wasn’t one of them. Fate was a bitch. Sergei might be her mate, but she was much better suited to the other man. The father of her child. They would go so well together if destiny just cooperated. Hell, they’d been doing just fine without that capricious bitch. That was in question now, and sitting here feeling sorry for herself was a waste of time. She had a meeting to get to and a move to prepare for. Somewhere in between she needed to figure out how to break all the news to Razor. She jumped off the table and held her hand out to Tallus.

“I’m going to be late. Thanks for keeping this quiet, Tallus. I know it’s asking a lot.”

She was all too aware of the difficult situation she’d put him in. Her brother, Jarek, was one of his oldest and closest friends. Looking sympathetic, he shook his head slightly.

“Don’t worry about it. You’re going to have to tell everyone soon, though. Especially the father and your der’lan.”

“I know,” she practically whined. Ugh. That was so not her.

“I want to see you after you get settled in the royal palace. Unless you’d prefer a different healer?”

She shook her head. She couldn’t imagine seeing a healer other than Tallus or Jarek, and her brother was definitely out.

“All right.” He tapped on his tablet. “I’m going to update your contact information in my records. Only my nurse can access it.”

He input the numerical code for her comm unit and glanced back at her. “I need to put in an emergency contact that can make decisions about the pregnancy if for some reason you can’t.”

Well, damn. She really didn’t want to have to give up that information, not yet, but it made sense to do so and he’d probably insist. “Razor Deriq.”

The look he leveled on her was one part shock and one part worry. He knew Razor, of course. So did her brothers.

“He would have claimed you if you were his mate and damned the consequences,” he mused.

She had zero doubts about that. “I’m sure he would have, but as you guessed, he’s not.”

Except sometimes she swore she felt the possibility of that kind of connection between them. Maybe it was just wishful thinking.

She didn’t have to say anything. Her face did it for her.

“Gods. Kayna.” He scrubbed a hand over his face.

Yeah. That summed up the situation nicely. Razor was from her father’s clan. She’d spent a lot of time with them over the years. Her brothers, on the other hand, wanted nothing to do with their father. Kayna had never understood why, but it was a dislike they seemed to have applied to the entire clan. Razor was the one exception. The pregnancy was bound to cause some conflict between them. Hopefully, since she was moving to the warrior Overchief’s royal palace on the northern continent in a few days, she’d be able to minimize the fall out. She had no intention of telling anyone in person or anytime soon.

As her new Earthling friend Angel would say, fuck that shit. She’d tell Razor, of course. He’d probably be thrilled. They might not be mates, but they’d been best friends since they were kids and lovers for the last few years. Why couldn’t he be her mate? She loved him and they had great chemistry. He made her feel safe. Forced her to relax, to laugh when her life got crazy and too serious.

He was nothing at all like Sergei. He made every hormone in her body sit up and take notice. Not that Razor didn’t affect her just as deeply, but it was different. Sergei was dark, edgy and intense and dangerous as hell. He made her want to lose control and get a little wild, and she’d never wanted that once in her life. He was one night stand material. Not great mate or father material, he’d probably say. Whatever. She’d just described most of the warriors she knew, and the ones who were fathers were, for the most part, great at it.

Then she had a very stupid, very dangerous thought. Why couldn’t she have them both? Goddess. She couldn’t go there. Refused to think about the more secretive parts of Delroi society. That little sub-sect that was all about sharing. Trinities, they were called. The small minority of males who had a male and female mate. Damn her imagination, because she could see them together. Sergei would expect to be in charge, of course. Angel said he was a control freak. The assessment didn’t surprise Kayna at all.

She shoved those thoughts out of her head–because the odds of it happening were pretty damned low–said goodbye to Tallus and left for the meeting lost in her thoughts. For some reason, Sergei thought he would make a bad mate despite the chemistry that raged between them, and he refused to explain why. He had no intention of ever claiming her. Of ever touching her. Part of her wanted him anyway. His father may be from Delroi, but he did not get the connection between mates at all. That was fine. She would remain unclaimed. She’d have her child and she’d have Razor. Though, what if Sergei changed his mind? What if he gave into his instincts, claimed her, and still wanted nothing to do with her? Fuck, what if when Razor heard about Sergei, he put that same kind of distance between them, too?

She stopped in the middle of the corridor, stepping to the side when someone jostled her. That was a possibility she hadn’t considered. She had a mate, whether that bond was completed or not, and even if it was, would she be condemned to a non-existent sex life? For the rest of her life? Razor had an honorable streak a mile wide. Sergei’s stubborn streak was just as bad. She didn’t want anyone else. Couldn’t imagine ever wanting anyone else. That rat bastard.

What do you know? More useful slang she’d learned from Angel. Who probably had no idea Kayna was cussing her brother in her mind. Yet another knot to add to this tangle. Sergei and Angel were twins, and she was pretty sure Tallus was Angel’s der’lan, though they were taking things slowly and keeping it quiet. Kayna probably should have told him about Sergei. She was pretty confident Angel wouldn’t.

She wasn’t sure if she wanted to laugh, cry, or scream at the absurdity her life had become. They all sounded like excellent options, but she didn’t have time for any of them. There was too much preparation to do for the move and re-opening the goddess temple in the royal palace complex on the northern continent. Packing, recruiting priestesses to join her. Her hand settled over her abdomen. Preparing for a baby. And damn, talk about symbolism.

Her pregnancy coinciding with the annual goddess rebirth celebration and reopening a temple? She wasn’t the only priestess in this condition, either. She knew of at least five, two of them her sisters-in-law. Huh. She hadn’t thought about that either, the three of them pregnant all at the same time. Could that really be a coincidence? Or was it divine? She’d have to talk to her mother about it, but not today. She wasn’t ready to share it with anyone yet. Besides, Razor deserved to be the first to know. She’d tell him as soon as she got a free moment. For now, she had to get to the Overchief’s meeting.