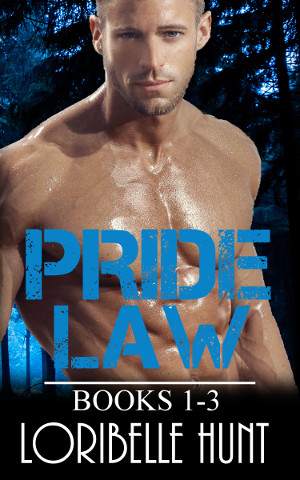 Books included: The Secret, The Return, The Alliance

Werelion Carlos Rivera, werewolf Declan Roberts, and human hunter Sunny Nolan are behind enemy lines in south Florida hunting a werewolf who may or may not be rogue and Sunny’s missing twin sister, Jaz. The straightforward mission gets complicated when both men claim Sunny, and each other.

All Sunny wants is to rescue her sister, get to know her mates better, and escape the Society unscathed to return to a simpler life. But simple is not in the cards because Sunny and Jaz share a secret that will keep a target on their backs for the rest of their lives.

Jaz Nolan has problems and she knows it. After escaping captivity and torture, she spent weeks suspicious. Skittish. Nervous. Those feelings are fading with the help of a good therapist and she’s ready to move on.

The first item on her list is to claim her mates, Asa and Fisher. Then she intends to find the monster who kidnapped her and make him pay. And hopefully at the end of the day, she, Asa, and Fisher will all be standing and ready to go on to a future together, unfettered by the past.