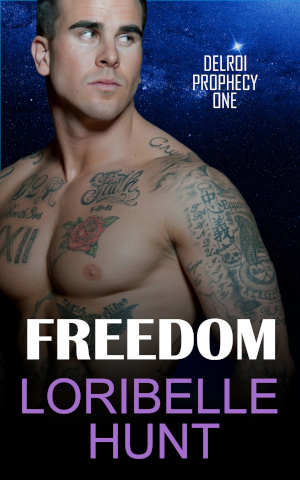 Kareena Smith, leader of the unregistered telepaths of Earth, waged a secret war against the Tel Group and her government for as long as she could remember. Until they captured her, her second in command, and one of their own, a defector. After months of captivity and several failed escape attempts, the three women are rescued by a group of Delroi warriors, who offer sanctuary on their home planet.

Since there’s a price on her head, and nothing left for her at home, it’s an offer she can’t refuse. As soon as the journey begins, she’s pursued relentlessly by sexy clan chief, Roarr Idis. She might find the kind of ecstasy in his arms she’s only dreamed of, but he wants the one thing she will never give up. Her freedom.

Roarr went to Earth to help out a friend, never expecting he’d find his mate in the process. But can he convince her that bonding with a mate is a gift and not a different kind of prison? 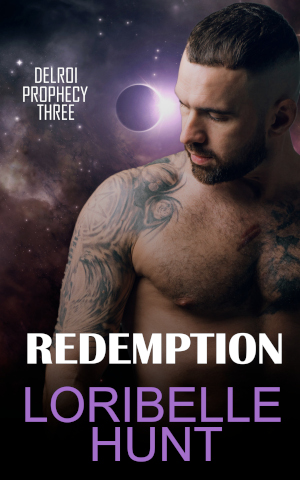 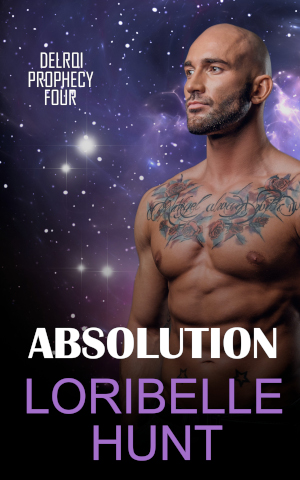 Roarr thought this might be the most foolish operation he’d ever taken part in, and as a Southern clan chief on Delroi, he’d participated in his share. If anyone else was leading it, he never would have volunteered, but he’d followed Falkor Trace on crazier missions. The problem was he wasn’t sure Falkor was leading this one. From where Roarr was standing it looked like Janice Hawkins was in charge. That didn’t sit well with him at all.

His people had invaded Earth hoping to find der’lans, the mate of their heart. Some of them had, including Falkor. These women were not what any Delroi warrior expected though. They were independent. Fighters. Even in his clan, where the goddess worship remained strong and women empowered, a warrior wanted a woman who would submit to him. Who would trust herself to her mate’s care and protection. Earthling females seemed to be missing that gene. He was happy for his peers who’d found what they were looking for, but he’d rather find a woman back home. A woman he wouldn’t have to live in fear for.

Which meant nothing like the woman moving silently in the woods before him, Falkor at her side. A Delroi female would have stayed on the ship. A Delroi female would have done as her mate ordered. And her mate? Would have restrained her if necessary to ensure it. But for some reason Falkor was allowing Janice along. It was so unfathomable that Roarr couldn’t wrap his mind around it. Not that he had time to figure it out now.

The squad of warriors reached the perimeter fence surrounding the secret facility. If intelligence reports were correct, those behind it were the secret power behind the Alliance, the most powerful country on Earth. A shadow government called the Tel Group made up of telepaths, telekinetics, and gods knew what else. According to Janice they were pure evil, and he didn’t need to read the reports to know she told the truth. He was an empath. He’d felt malice when the shuttle landed, an impression that had only grown on the long trek through the forest. If there weren’t prisoners inside he’d have targeted the compound from their ship in space and been done with the foul place.

But there were captives, and he could feel them now. He motioned to two of his warriors to slip over the fence and eliminate the guards at the gate. When that was done, he left two warriors on guard and motioned everyone else through. After a quarter mile the path split in two directions. One led up the hill. He could see several buildings through the trees and motioned the squad towards it. They’d lay charges around the foundation of the biggest to be detonated once they were safely in the air. In the opposite direction, less than a quarter mile away, was a small building where he sensed the prisoners. Falkor, Janice, and Sergei headed for it, while Roarr remained in place to guard their escape route. Unfortunately, the distance wasn’t great enough to buffer him from the spike of emotion when Falkor and Janice entered the makeshift prison.

He felt the terror first. It was so strong he staggered. Thank the gods no one else was around to take note. He’d kept his ability secret and he didn’t want to explain the weakness now. Taking a deep breath, he let the fear wash over him. After the breathing exercise he felt only stubbornness and fatigue. He let his senses expand, trying to determine what they were dealing with. There were three captive women inside, hurt and weak. Fury rolled through him. A woman on his world would never be mistreated in such a way. Earthling males had much to answer for. As tempting as it was to teach them that lesson, it wasn’t the time or the place. Nor was it his business.

He focused on the mission and struggled to contain his emotions. The Delroi believed the prisoners were being drugged to repress any mental abilities, but if they weren’t the women didn’t need to share his anger or sympathy. Besides, he didn’t want to alert one of the telepaths in the other buildings. His team signaled the charges were set and were ready to move out. Time he got his head back in the game.

“Falkor, we have to leave,” he whispered into the transmitter at his lip, but the reminder wasn’t necessary.

His men slipped from the shadows and spread out around the women exiting the building. He assigned the closest warriors to two of the women and moved to help the third. Impatience and elation radiated from her. She lifted her face as if to question the arrangements or perhaps the delay and he froze.

Fuck. Hadn’t he said he didn’t want an Earthling der’lan? No amount of wishful thinking could thwart fate though. There was no denying this one was his. He’d heard stories all his life and gods knew he’d seen plenty of mated couples, but no tale could have prepared him for the confusing rush of emotions he experienced when she met his gaze. Or his satisfaction when her eyes widened, as if she felt the sudden combustive connection too. Maybe she did. Janice’s sources said the prisoners were all women of talent who were enemies of Tel. Janice and Sergei had done background checks on the list of names she’d been given, but they hadn’t had time to get much.

“Are we going or staying?” his mate hissed.

They were definitely going. He ordered the squad to move out, keeping a hand on his woman’s arm. Everything went fine until the shuttle came into view. Janice and the other telepath with them, Sergei Trace, dropped to their knees and the woman at his side began cursing under her breath. She fought him when he dragged her to the shuttle.

“Get on board,” he snapped. “You can’t help them right now.”

She was physically weak and psychically blind. Useless in this battle. She ground her teeth together, but she went with her two companions while he ran back to help Falkor get the two unconscious telepaths on board. Seconds later they were lifting off and he triggered the countdown for the explosives. The woman sat close to the window and watched it blow with a grim, satisfied smile. He settled back in the opposite seat, studying her, wondering how best to seduce her. The desire building in his soul and body was uncomfortable. Soon it would grow painful. The longer he delayed taking her, the worse it would get for both of them.