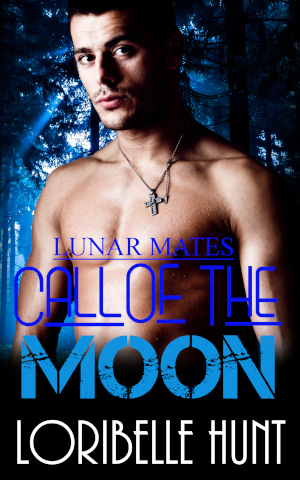 Chloe knows up close and personal how terrifying it is to be mated to the wrong werewolf, and she has the scars to prove it. After killing the wolf who’d made her life a misery, she accepted the protection of another pack.

Six months later the annual meeting of alpha’s brings the one wolf who is a danger to her independence back into her life. Try as she might, she can’t resist the chemistry that flares between them, but can she trust it?

Billy let her go and has regretted it ever since. Can he prove to her in one week that they are destined to spend a lifetime together?

This book was previously published and has been revised and expanded from 14000 words to 25000 words.

Chloe stepped into the clearing and took a deep breath, trying to slow the hammering of her heart. She gulped past the lump in her throat, part fear and part nerves, part excitement and anticipation. It wouldn’t do to let her emotions get away from her in this crowd and she was feeling way too much.

The alphas, with their betas and enforcers, had been in a meeting most of the day, and now with dusk beginning to fall they were joining the other members of their packs who’d made the journey for this year’s celebration. The beginning of which was starting to get into full swing now. At least a hundred people were milling about, and more were arriving by the second.

The week-long celebration would be wilder and more political this year for a lot of reasons, mostly because two new alphas had been accepted and acknowledged. Jackson and Darius had survived their year trial period and tonight had turned into an excuse for a giant ass party. That made it both easier and harder for her.

Seven months ago, she’d taken sanctuary with the Panhandle pack in north Florida, who was hosting this year’s meeting, but she’d grown up in the Tennessee Appalachian pack where Jackson ruled and Darius had originally come from. Where Wyatt had come from. Despite that nearly year long nightmare, werewolves didn’t bother her much, especially not here where she knew Gage would ensure she was left alone. Gage might be the scariest werewolf she’d ever met but he was also protective as hell. Well, except for one other wolf in particular. She hadn’t seen Billy Cagle yet, but he couldn’t be far behind the others if he wasn’t already here.

She looked around as she made her way through the crowd, not bothering to hide a delighted smile. The host pack had gone out of its way for this reception. Well, the women of the pack led by Marilyn and Maggie Saunders, the adult daughters of one of the pack’s senior members, and the teenagers they’d commandeered.  Chloe had helped more with the food than the decorating, so she hadn’t seen the finished product before. Trees strung with bright white lights surrounded the huge clearing and torches lit the clear areas. Long tables were piled high with food and there was even an open bar.

By the time she arrived, the place was packed. She’d considered leaving town while the council was in session, but she owed Gage more than that. It was hard growing up female in a werewolf pack, and some would say since they couldn’t shift they’d never be equal. Chloe’s father was a historian, though. She knew better. And when it came down to it, she knew who Gage was. What he was. She was one of very few trusted with that secret, and if he said he needed her here, well who was she to argue with her king?

That didn’t reduce the temptation to make herself scarce, but she wasn’t a coward. She’d given her word and that meant Billy would come for her. What had thrown her off all day was that the other women were already treating her like she was mated to the Tennessee pack’s beta. She couldn’t decide how she felt about that. Nervous and anxious for sure. Something else she couldn’t define.

Wyatt had put her through hell. He’d beat her, controlled her, separated her from her family and pack. The only reason other werewolves didn’t scare the crap out of her was she knew so damned many. She hadn’t stayed with him as long as she did out of any sense of loyalty. Fuck no. She’d been afraid her father or Billy would go after Wyatt, and he never would have let that be a fair fight. It would have been ugly and dirty and underhanded. Neither of them had said so but she got the feeling they were both pissed that she’d killed Wyatt instead of them. That wouldn’t be a problem with her dad, but she wasn’t so sure about Billy.

She couldn’t figure him out. She knew he was the man she’d wanted as a mate until things went to shit, and she knew Gage had convinced him to stay away at least until now, almost seven months later. Billy hadn’t visited, but he’d called at least once a week. Those could have been uncomfortable, stilted conversations but he always had a funny story about someone they both knew in the pack or news she hadn’t heard yet. He made her laugh until she remembered what he would ask of her. What he would demand, or maybe even refuse to demand, and that would probably hurt both of them in the end. Which didn’t really make her feel any easier, knowing he was here somewhere. Knowing it was time she, they, came to terms with what could be between them. It was that possibility that had made her promise Gage that, yes, she would be here. She would talk to him. She would at least try to take the risk.

But, damn was it hard. She felt eyes on her as she moved through the crowd and pushed away a surge of dread. There was no danger lurking here. Wyatt was long gone, and Gage wouldn’t let anyone, even her mate, hurt her. She wouldn’t be hurt like that again. It was a promise to herself. Still, she couldn’t help the knot in her stomach, the pounding that began behind her eyes. There were too many people, pressing too close. She imagined them looking at her with curious, speculative gazes. Judging her weaknesses and her skin crawled.

Shit. This could not happen now. She’d never liked huge crowds and the discomfort had gotten worse after Wyatt’s death. She’d been doing so well, though. Heat pricked her eyes and she squeezed them shut, willing the moisture away. Her counselor, a werewolf’s mate, had assured her that some day she would feel whole, complete, and strong again, and most of the time she did. Months had passed and sometimes she felt the same as she had the day she’d walked out of Jackson’s territory and never looked back. Vulnerable, weak, exposed. Joanne thought that was part of the problem. She needed to face the place where she’d lost her hope. She needed to face Billy Cagle. Sometimes that task seemed impossible. As much as she secretly admitted she longed to see him, she didn’t trust him not to force his claim. The uncertainty pissed her off as much as it scared her.

She felt him watching her seconds before she saw him. As she scanned the crowd for her parents or someone else she knew—safety in numbers right?–her eyes clashed with his. He held her gaze before slowly nodding and disappearing into the throng. A sudden rush of yearning made her lightheaded and she spun to push her way back to the parking area. It was her first glimpse of him in months, and she had to get out. She couldn’t see him like this, feeling nervous and overwhelmed in a crowd. Should have arranged a smaller meeting earlier. In her haste, she bumped into a tall, broad back.

She looked up into Jackson’s concerned face. She tried to smile and hated how weak the effort was. Great. Just what she needed.

He frowned and took her elbow. It was obvious he didn’t believe her, and she couldn’t figure out a way to unobtrusively escape.

“Come say hello to Summer and meet her cousins. They’re having a regular reunion over here.”

She wanted to see Billy but not here, not now, and almost refused. One look at his determined jaw made her relent. She’d been ignoring the disapproving stares of the Appalachian pack members all day and there was nothing to be gained by pissing off their alpha.

“Have you seen my parents?” she asked.

She’d heard an interesting rumor earlier that she hadn’t had a chance to discuss with Gage yet, but she wanted her father’s take on it too. Jackson glanced down at her.

“Heard about that, did you?” he murmured before continuing in a normal voice. “Nolan said they’ll be in later tonight. They’re staying with Kyle. I didn’t know they knew each other that well.” It was clearly a question, and since she knew he’d sworn his loyalty to Gage she gave him part of an answer.